Google has a mobile app, Google Translate, which is simply amazing IMHO.  It’s not that it works that well yet, however what it is attempting to do and currently does well enough that I use it quite often, is allow you to point your mobile device at, say a sign, and it translates that sign in real-time.

Here in my castle, an AirBnB condo decorated in what I like to refer to as Nuevo Portuguese Gaudy, there is a picture on the wall with text naturally in Portuguese.

Here is Google Translate in action: 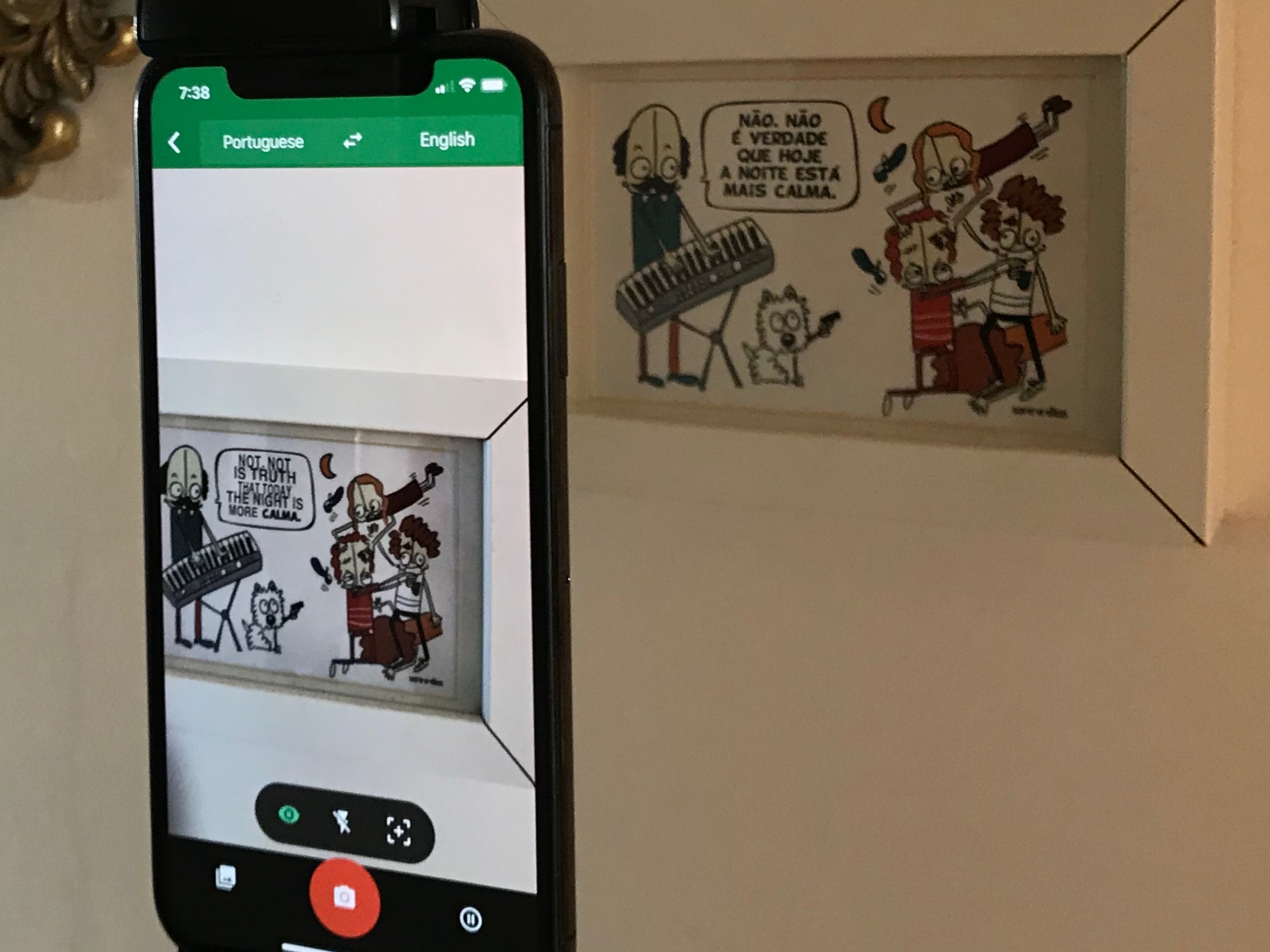 The text in the framed wall picture is in Portuguese and the text on the phone’s screen is >>mostly<< English.  For some reason calma is calma on both and perhaps the correct English is calmer.

My translation at this moment (esta momento – that one is easy) is:

Google Translate is most useful when I’m out and about, a stranger in a strange – to me anyway – land.  Strange not in a odd way, but an unfamiliar one.

and none of them provide the same translation and I’m still not exactly sure what is the best english translation.

So, I’ll ask a Portuguese amigo next chance and update this post with their translation.